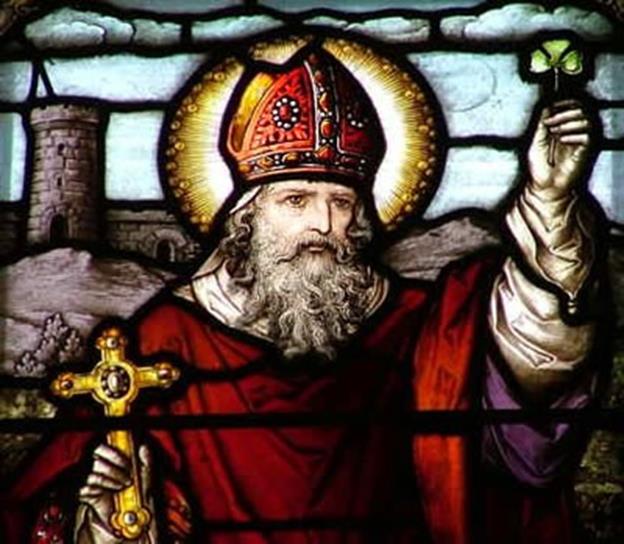 St. Patrick was born in Britain and at the age of 16 was captured by Irish raiders who attacked his family's estate.

He was then transported to Ireland where he was held captive for six years, living a solitary, lonely life as a shepherd.  It was then he became a devout Christian, embracing his religion for solace. From his writing, we know a voice, which he believed to be of God, spoke to him in a dream, urging him to leave Ireland. He did. Walking nearly 200 miles, Patrick escaped to Britain and undertook seriously religious training.

After 15 years of study, Patrick was ordained as a priest and sent to Ireland. His mission was to minister to Christians and to convert the Irish, then pre-dominantly pagans, to Christianity. Because Patrick was familiar with the Irish language and culture from his years of captivity, he chose to incorporate Irish ritual and symbols into his teachings rather than to eradicate Irish beliefs. St Patrick the patron saint of our school celebrates his feast day on 17th March.

At St. Patrick’s Catholic Primary School we often reflect on the many characteristics of St. Patrick. We feel privileged to have him as our namesake.